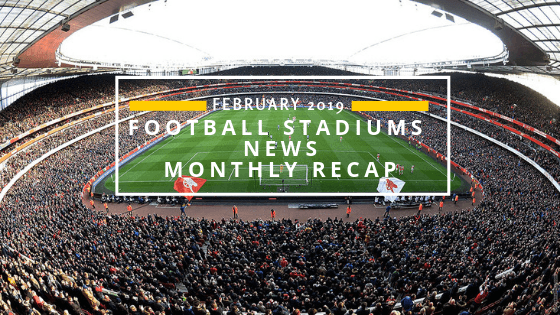 It is now quite usual to find violence; taking over the EPL opposing teams and pitch invasion during a match played by Millwall.  With these permanent features, opposing teams are finding nothing pretty whenever they are scheduled to play at The Den.  The one thing which they can be sure of is that there will be a lot of action as Millwall has now established their role as a giantkiller.  In their fifth successive win against Everton on their home ground they have again kept this tradition.

Their latest win witnessed a lot of ups and downs when they hit back while legging behind and won the match with a third goal in the last few minutes remaining for the final whistle.  The only blemish on this game was a statement released by Metropolitan Police which stated that they are investigating a skirmish between the fans of both clubs which resulted in one man getting slashed over the face with a sharp weapon.

Wolverhampton Wanderers F.C. has become the first team of EPL which has installed safe standing rails at its home ground.  As per the latest updates, the Molineux Stadium got installed with three types of safe standing rails and seats.  This mix of rails and seats is currently installed in the Billy Wright Stand and comes with separate barriers.  This is done to educate the fans and show Safety Advisory Group how these rails will ensure safety when the law banning standing during a game will be repealed.

Apart from these special seats, Wolves are also planning to construct barriers in front of the prevailing seats.  These improvements in the sitting arrangement will help the Wolves to conduct Bundesliga style matches on their home ground.

As per the latest news, Egypt will opt for Cairo International Stadium on the outskirts of its capital along with Port Said Stadium as a part of the six avenues selected for 2019 Africa Cup of Nations.  This decision was taken by Egypt Football Association.  Apart from these venues, EFA has also selected other cities like Alexandria, Suez and Ismailia for conducting a tournament which will foresee a participation of more than twenty teams.  Before this decision, EFA was in favour of selecting eight avenues but after the inspection done by Confederation of African Football, it was decided that only six avenues will be selected for this tournament.

It should be noted that The Cairo International Stadium was not in use since the Arab Spring and due to the restrictions imposed on the attendance during a football match.

In the light of the upcoming UEFA Champions League, Romania has started upgrading its sporting infrastructure.  Under this preparation, they have decided to unveils several projects.  The latest one being unveiling of the four football stadiums for the matches to be held in Bucharest.  Out of these four stadiums, Steaua Stadium will have the lions share of the funds as it requires extensive refurbishment.  There is plan in place to increase the size of the stadium along with its facilities with extra twelve thousand square metres.

After this increase, the total area under usage will be of more than eighty thousand square metres.   The other infrastructural projects related with these stadiums also include creating new facilities such as better view and visitors’ access.  Though the training bases for these stadiums will remain inside the complex, the parking spaces outside of these stadiums will be increased to significant levels.  The other stadiums under reconstruction include the National Rugby Stadium, Giuleşti Stadium and the Dinamo Stadium.

Brighton To Tackle Abuse in Football

With rising instances of racial abuse along with threats and violence becoming part of the high-profile football tournaments, Brighton has now decided to take the bull by its horns.  In their latest efforts, this club has now started planning to tackle its fans’ behaviour during the sports events.  After their match with West Brom during the FA Cup, this club had decided to ban three of the fans for a life term.

These people were indulging in different types of abuses during the match that include assault and threatening club’s officials.  According to the Brighton, it is not a crusade but their responsibility as a team. They are of the opinion that the club will not hide the behaviour of their fans nor they will bury these instances for the sake of their reputation.

This is totally wrong and not acceptable to the team.  The other thing which forced Brighton to take such a tough stand is the presence of largest LGBT population in their city.  For many years, these people were getting subjugated and were forced to listen to the homophobic calls made during the football matches.  Being uneasy with such a situation, Brighton has now taken a strong view on this subject matter.  They will not allow any type of anti-social behaviour from their fans from now on.