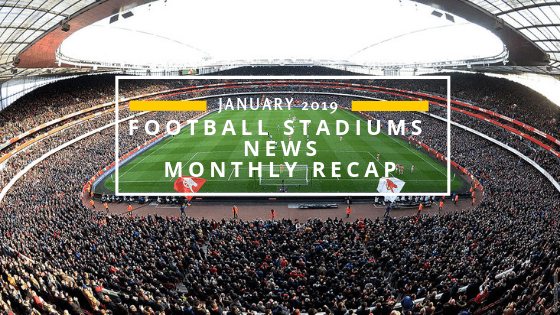 One of the top ranking crypto firms of Spain Libereum has now finally decided to take over the Spanish football club Elche CF. This step by the company is seen as its first bid to use football in order to increase the user base for crypto currency. This combination can be seen as boon for the online sports betting enthusiasts in Spain. As per the latest news, this company had made a bid of €4.3 million to acquire Elche CF.

This is only the first tranche of cash given by the company and it is expected that more money will be part of the deal. Because of this deal, now Libereum will only allow use of ERC20 Liber as the only method of payment for accessing services at its football avenues. According to the founder of Libereum, Cem Kumlar, the main purpose of this acquisition is to take Elche CF back to the Primera Division. As it requires a lot of money, that is where the crypto currency provided by this company can help. Secondly, the company also wants to make its token (coin) to be part of the financial process and now Liber can be used for all types of transactions in and around the club.

In a totally unexpected move, Buenos Aires police has now barred the president of Almirante Brown to enter any of the football stadium to watch his team in action. The sources from police department have also acknowledged this ban. The sole reason for the ban seems to be the fact that Maximiliano Levy has links with the fan groups of Bocca Juniors FC which were responsible for hooliganism during the football matches. Mr. Levy was selected as the president of club in the previous week and he was immediately banned by  APreViDe. This agency is responsible for preventing violence during the sports events.

APreViDe had also stated the same reason that Maximiliano Levy has relations with Barra Brava of Boca Juniors. Barra Brava is an organized hooligan group allegedly responsible for all the clashes that had happened during matches between local football clubs. According to the secretary general of APreViDe, their agency cannot be complicit with either the mafias, hooligans or ex-members of Barra Brava who want to get legitimacy through boards of the clubs. It is on the records, that Maximiliano Levy was incarcerated for eighty eight days because of his role in protecting the leader of Barra Brava in 2013.

According to the fans of Arsenal, Spurs are scared stiff of facing Arsenal for the first match at their new stadium. The reason for this delay is attributed to the fact that the host team does not want to lose the first ever match played at their home turf. On the other hand, further setbacks had already postponed the chances of opening of the Spurs’ stadium for at least another few weeks. It was expected that Spurs will face their arch rivals in the first week of the March, 2019 but it seems the first match will be played against Crystal Palace rather than with Arsenal.

There are reports suggesting that Tottenham Spurs may have considered the warning given by the local police department with concerns for security during such a match. Meanwhile, the club itself haven’t ruled out that they might invite Arsenal for a match in the coming days. As per the fans of Arsenal, the Spurs are too concerned about their defeat in the first ever match they will play on their new home ground.

Anthony Modeste’s move to join Cologne faced a fresh turmoil, when FIFA declared that his decision to leave the previous club is unjustified. With this new statement, FIFA has now created a doubt over his statement justifying his decision to move back to his old club because Tianjin Quanjian was not able to pay his salary. It was in the news that Anthony Modeste had left the Chinese club in 2018 citing unpaid salary. He then moved on to sign a new contract with Cologne which will be in force till 2023.

Tianjin Quanjian on the other hand is suffering from serious fund crunch and is forced to sell the top most players on its team. After spending two seasons with the Chinese Club, Modeste was required to leave the club due to unpaid dues during the middle of 2018. Then he started training with its ex-club and was expected to appear in the second Bundesliga. However, FIFA has now ruled that his transfer was invalid and even though Tianjin Quanjian FC is required to pay his dues but the way in which Modeste terminated their contract is without any solid reason. In the light of these events, FIFA has now suspended the registration of Modeste with Cologne.

It might be a bad news for the football enthusiasts who are planning to visit Qatar to watch football World Cup in 2022. In the latest turn of events, Qatar has now imposed a tax of hundred percent on sale of alcohol in its territory. This tax which is part of “Six Tax” regimen came into force on January 22, 2019. This new tax is a part of government’s plan to curb the usage of goods that have ill effect on health. In order to do so they have now introduced this new levy. This policy got revealed when the sole alcohol distribution company of Qatar updated its previous list with latest prices.

Now for a six pack of a beer, you will be forced to pay more than £20. In the view of the upcoming World Cup, this price rise can be a very sensitive subject as more than two million international visitors are expected to attend this event.