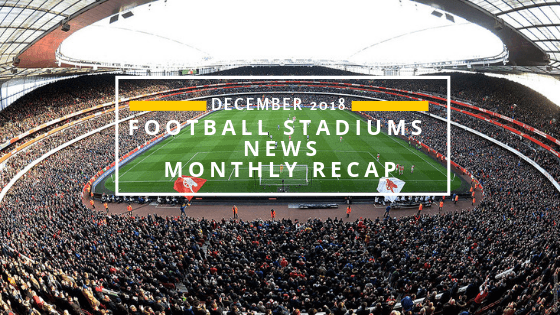 On November 22nd, a pitched battle took place between the fans of the local football team and the police in Buenos Aires. This incident happened at All Boys stadium when some hooligans attacked the policemen with guns and other weapons resulting in eighteen people being reported injured. Police have made three arrests till now. The trouble started on the Wednesday night when the home team lost a match against Atlanta. While the police was trying to control the situation, a radically organized group called All Boys Barra Brava started assaulting the fans of Atlanta while singing anti-Semitic songs. This group was also seen advancing towards their own team but thankfully they left the stadium.

The police was taken aback as the Barras were armed with highly sophisticated armoury. Later on motorized units of the police were mobilized to control the crowd and three arrests were made. According to the football officials apart from closing the football ground for further events, they will also appeal to the authorities to ban All Boys fans from participating in other football events at least for an year.

Going by the latest updates, soon people will have more choice of choosing a vegan menu while visiting football stadiums of UK. According to the concerned officials, Environment Secretary has given full support to this plan and has advised Premier League clubs to consider this request. According to the local news agencies, the football clubs were advised to go green with this initiative and to take their commitment to another level by pledging to such efforts to safeguard the environment. Apart from providing vegan menus, stadiums are also advised to opt for sustainable resources of energy along with a ban on plastic products.

The other requests include creating more charging points of electrical vehicles; reduce the number of away matches and use their influence to encourage fans to have a better carbon footprint. Before laying down such plans, a thorough investigation was done by a national news agency which involved twenty of the top notch football clubs.

It was discovered that no pressure was maintained by the Premier League on these clubs for introducing such environment friendly measures. Even with this lopsided attitude some of the clubs such as Tottenham and Arsenal have introduced plans to ban single used plastics. Other clubs such as Tottenham, Brighton and Huddersfield are already catering vegan and vegetables based meals to their visitors.

Giving a big jolt to the bookmakers, government has decided to ban all types of advertisement from broadcasting live sports events. Though this ban seems to be of big constraint, but It has allowed some air space for the betting agencies.

This restriction has been accepted by the bookmakers without any fuss because it does not bar them from either sponsoring the teams or to flash betting odds during the televised sport events. According to the chairman of the sports betting organization, it is believed that other issues pertaining to advertisement, sponsorship of sport kits and online advertisements will not be interfered and a recognition would be given for all that has been done by the betting industry.

Starting from the summer of 2019, there will be a whistle to whistle ban on advertisements related to betting during all forms of live sports events. This voluntary move by the betting industry will not be forced on horse and greyhound racing. All sorts of betting advertisements will stop five minutes before the commencement of the live event and will start five minutes after the match concludes.

In an unexpected turn of events, Stephen Hepburn, MP from Jarrow, has come out in the support of those people who had signed a petition demanding for safe standing during the premier football matches. Member of Parliament has called upon the treasury benches to allow introduction of a law pertaining to this demand. He has even asked a question from the Sports Minister regarding the subject of safe standing.

He also revealed that out of the 700 petitioners from South Tyneside, 400 are of his own constituency. It was reported that more than hundred thousands of people had signed a petition across the country which led to a discussion in the parliament. The representative of the Westminster assured and confirmed that the incumbent govt is working on a “small analysis” and further announcements will be made in the upcoming year.