General Info
Loftus Road Stadium in west London has been home to Queens Park Rangers FC since 1917, though the stadium has been in existence since 1904 when it was used by Shepherd’s Bush FC.

Famously, QPR and Loftus Road were one of four clubs and stadiums to employ plastic pitches in the 80’s along with Preston, Oldham and Luton Town. The R’s ditched their artificial surface in 1988 having played on it for seven years. 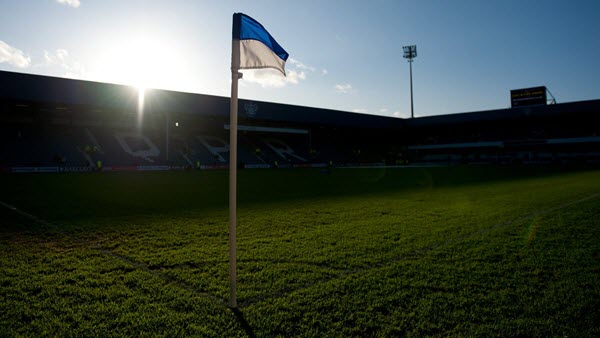 The ground was shared with rugby union side London Wasps between 1996 and 2002 and with Fulham FC from 2002 to 2004. Other sports have played here including boxing as well as international football matches, however Loftus Road will always be synonymous with QPR.

Undersoil heating is deployed beneath what is an all natural grass surface. The playing area itself measures a relatively tight 102 metres by 66 metres.

Capacity
Just under 18,500 fans are permitted into Loftus Road these days, given the stadium’s very small overall size and the fact that only seating is allowed.

Stands
The South Africa Road Stand to the north houses the corporate guests and directors as well as the players tunnel etc. To the west of that is the School End, the upper tier of which is only for away fans. To the south lies the Ellerslie Road Stand and finally in the east behind the goal is the Loftus Road Stand, the lower section of which is the designated family area.

Away Fans At Loftus Road
Supporters arriving at Loftus Road for QPR away are put in the School End with a standard allocation of around 1,800 for league games. This can be increased to 2,500 if the demand is high and the home end is not sold out.

When this happens the whole of the School End is taken by visiting supporters, a structure which is the smallest around the ground but often generates the most noise.

Ticket Prices
As is the case all over, QPR stagger their prices based not only on which part of the stadium you sit but also on the level of opposition and interest in the specific game. Seats are split into Gold/Silver/Bronze and are priced for a single adult at £34/£29/£26 for Category A games and at £33/£28/£25 for Category B games. Concessions are offered for older and younger fans as well as disabled visitors to Loftus Road.

Hospitality
Corporate and hospitality guests are welcomed into the W12 and CClub, as well as the Executive Boxes on matchday with a range of packages available. Interest parties should contact the club directly to find out prices game-by-game or for a whole season.

How To Get To Loftus Road
Standing in Shepherd’s Bush, Loftus Road is around two miles from Hyde Park and is accessed easily by the underground. White City Tube station (Central Line), Wood Lane (Hammersmith & City Line) and Shepherd’s Bush Market (Circle Line) are all around a 10-minute walk from the stadium.

Many buses serve the area, though driving yourself is not recommended. If you do wish to travel by car however simply turn off from the A50 at White City, south onto Wood Lane and then right onto South Africa Road where the stadium will come into view.

Future Developments
With Loftus Road deemed as unsuitable for the long term, QPR are looking into the possibility of moving to a new stadium on the site of the Linford Christie Athletics Stadium in White City. A capacity of 30,000 is mooted for the project.