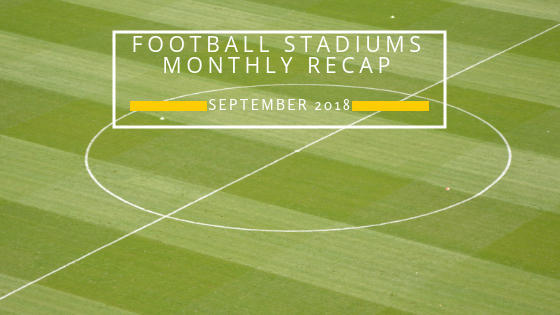 As per the press release by Football Association, they are officially endorsing the concept of safe standing areas for viewers at the stadiums during the football matches.

A review regarding this subject is already being commissioned by the incumbent government and most probably it will be tabled in the first week of the next month. Premiere League and EFL also support safe-standing and recommend that the football clubs should also be a part of decision making as far as this concept is concerned.

This approval by Football Association can be construed as the approval by all the three governing bodies of English football. All three of these bodies support the merits associated with this case. The research done by Premier League clearly indicates that more than seventy percent of the viewers want the choice of standing while supporting their favourite clubs. The campaigners for the safe standing give out the example of Germany where it is widely allowed and no untoward incident has happened till now.

Napoli Getting Ready to Play in McDonald’s Arena

If we go by the views expressed by Napoli football club’s president, Aurelio De Laurentiis, it seems there is wind of change blowing in Italy. In order to find a new stadium and required funds, Napoli FC is considering the proposal made by the fast food giant McDonald. Napoli is currently using Stadio San Paolo with a seating capacity of more than fifty thousand.

According to the president of the club, this seventy year old stadium is nothing but a “cesspit”. The sources from local media have confirmed that McDonald has approached Napoli in order to provide them with a new stadium. If all goes well then fans of this club can see their favourite players playing at the McDonald’s Arena in the coming days.

Scotland to Remain in Hampden Park

After months of bickering and rumor mongering, it is now clear that Scotland Football Association has taken a decision to reject the possibility of moving to Murrayfield Stadium. After this decision, Scotland will continue to play matches at Hampden Park even after 2020. The series of events related to this news was based on the expiration of the existing contract between Hampden Park and Scottish FA.

This agreement is going to run out in 2020. In the case of non renewal of the agreement, Football Association was left with either of the two choices. The first one was to renew the contract and the second one was to lease the Murrayfield.

After long negotiations and trepidation, the association has taken a decision to purchase the Hampden Park from its owner at a cost of five million pounds. The one half of this amount will be paid by Willie Haughey, the famous Scottish businessman. According to Scottish FA President Alan McRae “Today’s announcement has been the conclusion of a four-year process to review our national stadium beyond 2020. It was a hugely difficult decision and I would like to place on record our thanks to Scottish Rugby for their professionalism throughout the process. This decision is about what was best for Scottish football and our members. It’s about the future of football in Scotland.”

There was an expectation that Tottenham Hotspur will play its match against Liverpool scheduled for September 15 at their new stadium. As per to the different sports updates, opening of the new stadium has been delayed for indefinite period of time.

The reasons for this postponement include delay in construction and “problems with the critical safety systems”. In their statement made in August of this year, the management had stated that, “Delays are common, certainly for builds of this size and complexity, however we are hugely frustrated that this has occurred at such a late stage. Whilst we would have been able to mitigate other areas, we simply cannot compromise safety. This decision was unavoidable,”

Due to this delay the upcoming EPL matches against Cardiff and Manchester City along with other Champion’s League games have also been transferred to the national stadium. The most nearest date for the opening of the new White Hart Lane stadium is now slated for the match against Chelsea which is scheduled for November 24, 2018.

Another tragedy struck when there was a stampede in a qualifier match between Madagascar and Senegal. This match was a African Nations Cup qualifier and resulted in one person being dead and more than forty injured. This incident is another case of the rising stadium deaths in the past few years. This stampede was a result of the failure of the local administration in controlling the crowds that tried to enter all ready full Stade Municipal De Mahamasina stadium.

Thousands of fans were outside the venue waiting for several hours to buy tickets, when gates were suddenly closed stating that stadium is completely full up to its capacity of twenty two thousand. This led to a rush to enter the stadium resulting in a stampede. Even after this tragic incident, the scheduled match proceeded without any hindrance resulting in a draw between the two teams with score of 2-2. Deaths due to stampede is quite common in African continent because of inadequate arrangement by the management as well as the local administration. The worst case was witnessed in Egypt at Port Said Stadium during 2012 as seventy four people died when fans of Al Masry club attacked the supporters of Al Ahly football club.

Safe Standing: A Review of Behaviour for All-Seater Game Event

Currently the government agencies are reviewing idea of safe standing during the football matches. This review is aimed for behavioural analysis of the crowds when they are allowed to stand during such events. These agencies will also try to examine the levels of the risk of injury faced by fans who persistently stand in the seated venues. This ongoing research is due to the fact that two top division football tournaments require all-seater stadiums.

As per the Football Spectator’s Act of 1989, standing is not allowed during “top flight and Championship”. On the other hand, fans of football clubs have demanded for a long time that they should be allowed to stand during these matches as there is better and efficient safe standing technology in place at the stadiums. After an EFL survey and an online petition has prompted the government to have a debate on this issue at the parliament. On the same note, Department for Digital, Culture, Media and Sport has issued conditions and terms of reference for such review.

After hosting Euro 2005, England has decided to bid to host another major women’s football championship. Going forward on this agenda, the Football Association has submitted a proposal to host Women’s European Championship for 2021. The head of women’s football, Baroness Campbell, feels that this would be an enormous opportunity for the women’s football to participate in a major championship at their own home ground. This bid was made while keeping in mind that UEFA will want a “bigger and better” tournament and the Wembley Stadium is the key for the final match of this tournament.

The Football Association bid is being supported by the current dispensation following the successful campaign of Euro 2017 that witnessed English Women team reaching the semi-finals. This event was televised live and watched by more than four million viewers in England itself. The final decision by UEFA for granting permission to host this prestigious event will be most probably submitted by the first week of December, 2018. Two other nations, Hungary and Austria are also contending along with England to host Women’s European Championship for 2021.