Home » League One » The Valley- Charlton Athletic
League One

Before permanently settling at the site of The Valley, Charlton mirrored the nomadic tendencies of London neighbours, QPR and Fulham, by playing across a variety of venues in the club’s formative years.

Initially rather plain in appearance following the first World War, the south-east London club lacked funding and had to rely on the help of volunteers to reconstruct the stadium. 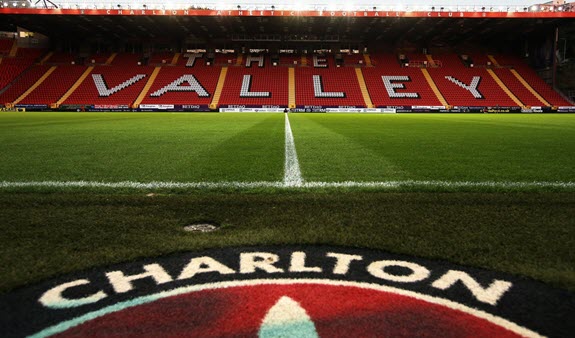 Information about The Valley

The first formation of the ground contained no physical stand and instead consisted of piles of the earth which surrounded the pitch. During the 1923-1924 season, the club temporarily moved to Mount Stadium after contemplating the prospect of merging with Catford South End F.C however it ultimately fell through and the club returned to their natural home at the Valley.

Before the beginning of the Second World War in 1939, The Valley has been developed into one of the larger stadiums in the world. They attracted a record attendance of 75,000 during an FA Cup Third round match against Aston Villa one year before the beginning of the war. This popularity continued into the ’50s, averaging 40,000 fans for every home match. This soon changed when the club was relegated into the second division before the end of the ’50s.

With performances stagnant on the pitch resulting relegation again in 1972, this time to the third division, local support began to dwindle and a vicious cycle began where the club lacked the required money to improve the team and facilities.

Following high-profile stadium disasters in the 1980s such as the Bradford City Fire and Heysel, the football association began to introduce a series of reforms aimed at targeting spectator safety.

Unable to fund such renovations, Charlton were forced to leave the Valley and ground share Selhurst Park between 1985-1991 and Upton Park during the 1991-1992 seasons. After years of vigorous campaigning, funds were finally raised to convert The Valley to an all-seating stadium in December 1992.

Following the campaigning, Charlton was able to return to the Valley and completely rebuild the stadiums three original stands. This completely transformed the look of the stadium as the north stand was now a two-tier stand with all corners of the stadium now built in. The stand holds around 9,000 fans.

More sides were also redeveloped in the mid 90’s and this made the original Valley disappear and become unrecognizable. The East stand was a smaller one tier stand while opposite this was the West Stand which, like the North Stand was also two-tiered.

Away Fans At The Valley

Up to 3,000 away fans can be housed in the Jimmy Seed Stand at one end of the ground. The stand is slightly above pitch level, making for a good viewing point to watch the game unfold.

Charlton operates a two-tiered pricing structure based on the predicted profile of the matches with fixtures either falling under the Addicks Gold or Silver category.
For higher profile matches prices start from £19 for adults, £15 for over 60s and under 21s. The second tier (silver) prices are much cheaper.

How To Get To The Valley

The easiest way to get to the stadium is by train, Charlton Railway Station is basically on the doorstep of The Valley as it is located less than 200 metres from the ground. The station is served by South Eastern trains with direct service to central London (Charing Cross, Waterloo East, London Bridge) and North Kent (Dartford.)


There are no future plans for redevelopment as the club is in somewhat of a crisis and have been for the past two years. This has resulted in protests towards the board during most home games due to owners withholding funds from the club so they are not able to buy new players and in some cases, they aren’t even able to pay players.