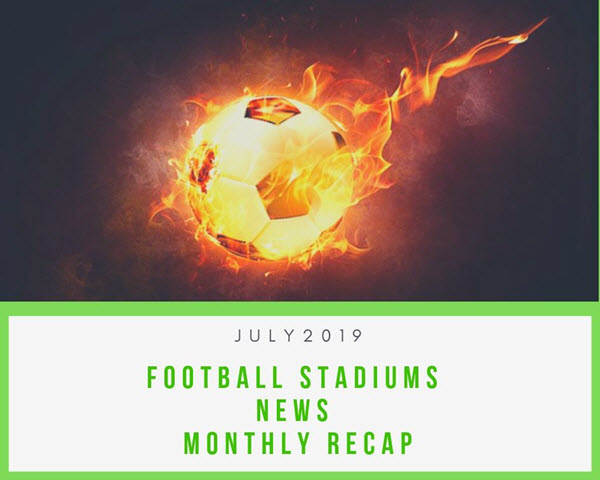 In a big boost to conserve natural resources and control pollution, a United States firm has proposed to update power systems of six European football stadiums. This company known as Eaton specializes in reusing the old batteries from Nissan Leaf vehicles to upgrade the lighting system used in the sports stadiums.

Norway and Netherland are the first two countries which have already opted for this change. This project can be seen as a new push to find alternative use for the batteries which are not in use or are of outdated models. According to the vice-president of the Eaton, there are multiple countries in Europe which are interested in upgrading their electricity systems. Even though he didn’t specify the names of these stadiums but quoted them as “very significant ones”.

The first one of the stadiums which incorporated this system was Johan Cruyff stadium which is the home ground of the Ajax F.C. This system utilizes the solar energy to be stored in the used car batteries and then it can be used for the night time events.

Many governments all over the world are opting for the re-use of such batteries and major vehicle manufacturers like BMW, Toyota, Mercedes-Benz and Renault are also in loop to provide material for such projects.

After the serious concerns expressed by the employees related to their complaints and regarding the “toxic” workplace ethics, U.S. Soccer has now opted for a new system. According to the internal sources, the new employee complaint redressal system will comprise of a third-party system which will deal with the concerns and complaints raised by the employees.

This change happened after hundreds of former and active staff members complained about the workplace environment at the headquarter situated in Chicago. The president of U.S. Soccer responded by taking this action when New York Times published interviews of various disgruntled members substantiating various of such complaints.

In response to this news article, U.S. Soccer took this decision of third-party complaint redressal system. According to the president of the association, they are open to listen to the voice of their employees. As far as the working of the new system is concerned, it is conveyed that though it is confirmed that it will be administered by a third-party, but details of its working will be shared only in the coming days ahead.

After observing the extraordinary surge in the viewership and popularity of the Women’s World Cup during this year, FA plans to run women’s football at all of the major stadiums. The association is also planning to provide accessibility of this sport to every interested girl in the country. This transformation in the stance of the major football associations took effect when more than 12 million viewers tuned into BBC to watch the final of the Women’s World Cup between England and U.S.

According to the chief executive of FA, Martin Glenn, the huge popularity of that event clearly indicates that women’s football has now become a mainstream sport, but it can be only categorized as transformative if further growth is observed in the coming years. The Premier League along with FA are in serious discussions related to running of this sport. No large-scale changes seem to be imminent except the transfer of the administration from latter to the former. The more immediate impact can be in the form of allowing women’s football teams to play more matches in the famous stadiums which are traditionally famous for hosting men’s football.

The infamous Caribbean soccer executive, Jack Warner, received another jolt when a U.S. District judge from Brooklyn fined him with $79 million. This default judgement was made in a civil action suit initiated against him for embezzling millions of dollars while being a member of Caribbean Football Union.

This ruling was passed by the judge when Jack Warner failed to contest the charges made against him. Warner is currently out on the bail and fighting against the extradition requested by Trinidad and Tobago. It is quite interesting that even though he denies any hanky-panky done by him while heading the Caribbean Football Union, while his two sons had already pleaded guilty in the same case in 2013.

The latest ruling is the result of the civil case dealing with embezzlement of millions of dollars from Concacaf by receiving kickbacks from sports deals along with trying to influence the voting for hosting the World Cup.

After the declaration of the aforementioned decree, Concacaf has further reiterated its stand to pursue all available options available to enforce this judgement by attaching the assets of Jack Warner situated in any part of the world.